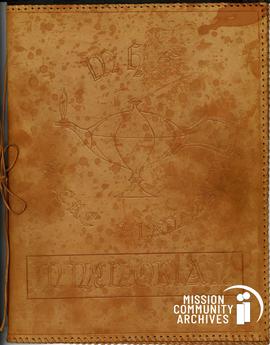 Part of Mission School District #75, The first high school built in Mission was opened on October 18, 1923. It was situated in "Education Heights" and had four rooms. The new facility on the site of the current École Mission Secondary was built in the 1950s, the Mission Junior High School, which housed both junior (Grades seven and eight) and senior (Grades nine through twelve) students. Following the opening of the Junior High School in 1959, the junior and senior students were split. This remained in effect until 1988 when they were again amalgamated to form Mission Senior Secondary. The building operated as a High School until September 2015 when it became Mission’s only Secondary School housing students from Grades ten through twelve.
École Mission Secondary promotes RRS: Respect, Responsibility, and Safety in an effort to encourage students to become well rounded citizens. The school offers AP classes, ranging from Art to European History, which can be taken by students to obtain college credits while still in high school.