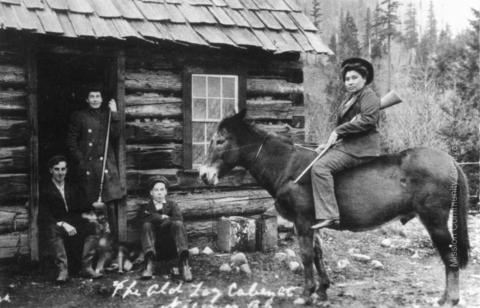 Photograph of Lizzie Jasper holding a rifle while seated on a donkey. Three other people pose for the camera in the doorway of the cabin.