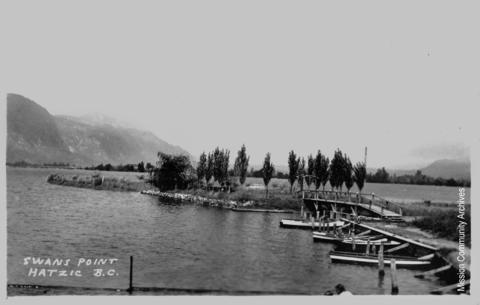 Photograph of the wharf connecting to a thin outcropping of land, with several boats.

Verso: Correspondence between daughters Clare and Beatrice and their parents, Mr. and Mrs. L Hobson.